Samsung GALAXY Note 10.1: Demonstrating the new way to create and design at Vogue Fashion’s Night Out.

What did Samsung want you to do for them?

The campaign had to engage a younger, mainly female, creative audience in a relevant and appealing way that brought to life the lifestyle benefits of the GALAXY Note 10.1., ultimately positioning GALAXY Note 10.1 as a creative and productive tool that those ‘in-the-know’ would fall in love with and use to enhance their everyday creativity. The initiative needed to have the potential to be piloted and exported internationally across other markets.

Any potential pitfalls you needed to take into account?

The GALAXY Note 10.1’s advanced intuitive technology and functional features transforms the tablet experience from ‘passive consumption’ to ‘active creation’ – a proposition understood by tech specialists, but one that C&W would need to translate and make relevant to a new audience.

Therefore, C&W’s campaign needed to capture the imagination of a hard-to-reach creative, youth audience, engage across multiple touch points and differentiate Samsung against its competitors.

OK, and what was your grand plan to tackle this?

C&W targeted a creative industry that its youth audience most aspired to - the fashion industry.

A multi-channel sponsorship was negotiated with Vogue and Fashion’s Night Out in London (VFNO); bringing together the world’s leading brand in mobile intelligence with the world’s most influential fashion magazine.

Vogue’s biggest consumer event, VFNO became the focus of an owned and earned media relations campaign that would deliver the powerful association needed to encourage a change in brand perception and galvanise audience engagement. It included a physical presence with a Samsung stage and GALAXY Studio and editorial support from Vogue.

C&W brokered a unique collaboration with British designer, Nicholas Kirkwood. Nicholas’ love of technology, combined with his creative flair made him an authentic ambassador. He conducted media interviews and appeared on stage with a Vogue journalist, in front of 16,000 fashionistas showcasing how the device aids his design process. Additionally retailers and information booths used the device in-store throughout the event.

The final strategic outreach was to a number of highly influential fashion bloggers. Their role was to be ‘everyday’ commentators driving buzz and educating their followers on the creative potential of the device.

Sounds good. What outcome did all this have on your client’s business?

Credible collaborations with influential fashion ambassadors had a positive impact on both product and brand reputation. Following VFNO, the wider business continues to strengthen its engagement with key fashion opinion leaders, including ambassadors established by C&W and the VFNO sponsorship platform, which has already been exported to other markets.

All proactive, reactive media & social media activity had 100% positive tonality, generating a twitter reach of 9.2m reaching a difficult youth audience and earning authentic ambassador endorsement: "The GALAXY Note 10.1 is an absolutely amazing device and has simply revolutionised the way I blog. It screams INNOVATION and just between us, it out does the iPad!" Karl is my unkle

Impressive. Any gems of wisdom you learned from working on this that you’d like to pass on?

Developing collaborations with credible fashion ambassadors was the key strategic decision that gave the Samsung brand the permission it needed to be taken seriously in the world of fashion, allowing it to talk with authority and relevance on the evolving role technology now plays in the industry.

Partnering with two of the most well-renowned leaders in British fashion, Vogue and Nicholas Kirkwood, also brought immediate product credibility through direct association. It allowed for relevant content to be generated using the device, which combined with hands-on demonstrations captured the imagination of key industry stakeholders and influential bloggers, validating the GALAXY Note 10.1’s position as a tool that can enhance productivity and personalized communication to support everyday creativity. 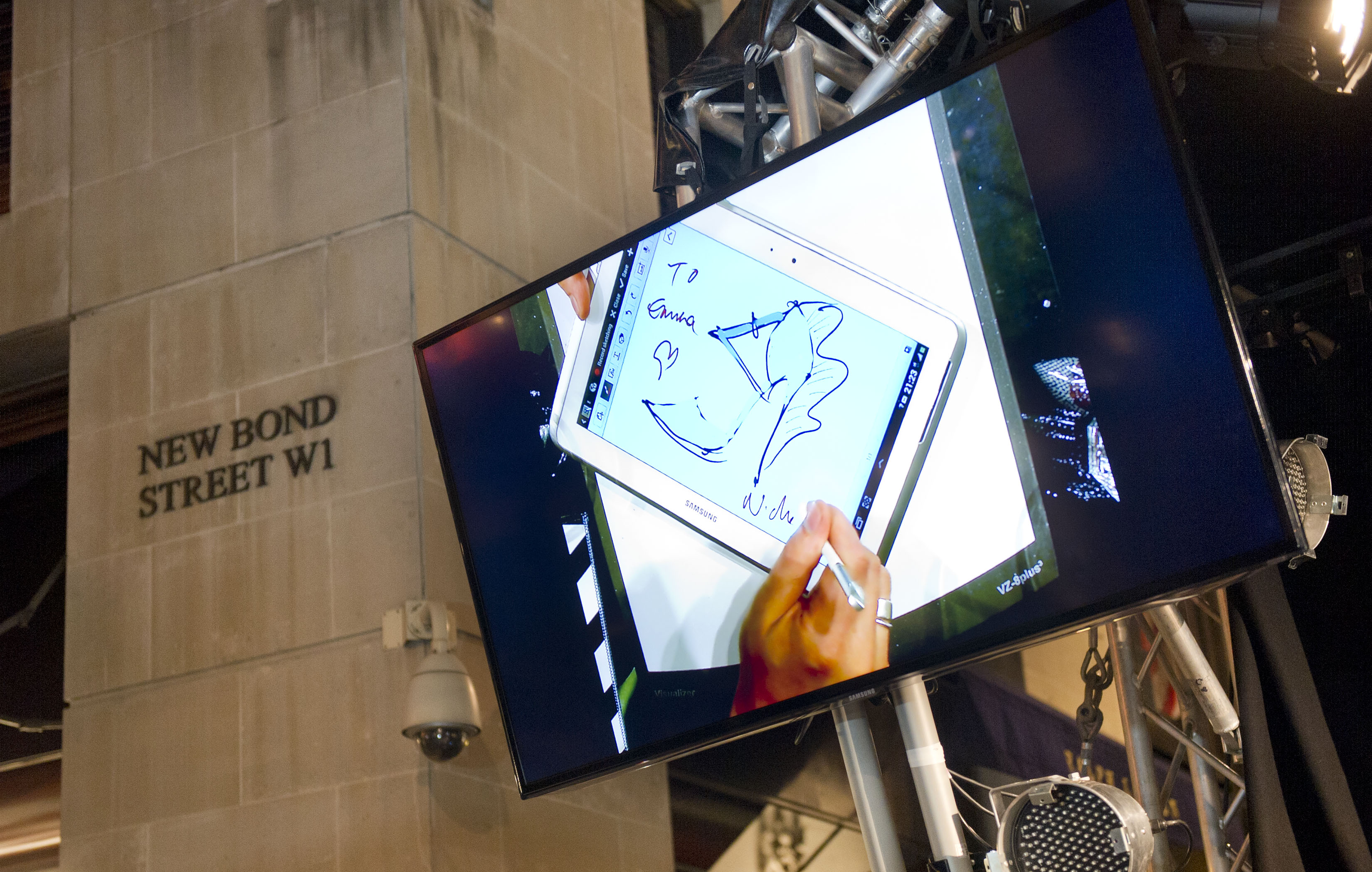