Agency bosses have had plenty to keep them awake at night in recent times.

Whether it is tightening profit margins, ever more convoluted pitch processes or a crisis-enveloped client, there has been plenty to fret about.

But the overriding concern in both good times and bad is how to keep their best people happy, incentivised and away from the exit door.

During the financial downturn there have been suggestions of a brain drain from agency to in-house, with the perceived stability of large corporations viewed as a safer haven from the ever-intensifying competition in agency land.

But where agencies have an advantage in attracting - and keeping - the industry's best talent is that the more entrepreneurial nature of consultancies gives senior people greater opportunity to become part of the ownership of their business and reap the rewards of growth they contributed towards.

Like many creative services sectors, the PR business is cyclical. As independent agencies grow and usually consolidate into larger businesses, new independent firms spring up to take their place. The engine behind the cycle is equity.

'If you're a big business winner you can only recognise your own value either through a properly set up bonus scheme or equity,' says Lansons co-founder Tony Langham. 'If it's fair, equity is the better option because you get rewarded for the value you create.'

Equity schemes come in all different shapes and sizes: those that require investment from partners; those that offer loans that must be converted into shares or those that use equity as discretionary rewards for performance.

Nonetheless, the importance that both Blue Rubicon and College Group placed on retaining a significant chunk of equity for employees, even after their private equity sales, points to its almost universal value in a people-based industry.

A number of significant independents, including Brunswick and Tulchan Communications, have reconstituted their equity schemes in recent years. In Brunswick's case the 2011 reorganisation was thought to be a preventive measure to stem the possible departure of senior staff who felt the agency's equity was too tightly held.

While a carefully constructed equity scheme can be a huge benefit to the long-term growth of an agency and eventually the bank accounts of employees themselves, the opposite is also true. 'If you get the equity structure of your agency wrong, it is inevitable you will eventually lose some of your top people,' warns Marcus Anselm, partner of media and tech advisory firm Clarity.

A stark illustration would seem to be at M:Communications, the King Worldwide-owned financial consultancy that earlier this year lost a raft of senior figures including its two founders.

It is understood the departure in February of six senior consultants was strongly linked to discontent over the value of their equity holdings, which were described at the time by an insider as 'not worth the paper they were printed on'.

One observer notes the issues at M: suggested 'people weren't interested in equity any more', but if there are lessons to learn they would seem to be more complex.

M: sold to private equity-backed King Worldwide in 2008 and there is no doubt that those in situ would have done handsomely from the sale. However, it is understood that the post-sale equity scheme saw senior staff have options in an employee benefit trust that had a small stake in the wider group. Trading difficulties elsewhere in the group dramatically impacted the value of the shareholdings, despite the continued profitability of M: itself.

A key lesson is that there is increased risk in holding equity in a wider organisation where its value is not necessarily reflective of the value the agency itself is creating.

But more generally one M: staffer says that it shows the importance of transparency when it comes to agency structures.

'If you are going to have these schemes, people need real transparency on the value,' he says, remembering the 'shock' among M: staffers when the true picture emerged late last year. 'It's no use owning X amount of Y when no-one knows what Y is worth or what it's doing. You have to have transparency, but transparency is something that PR companies have not traditionally been too keen to embrace.'

This is an issue from which listed firms, with their disclosure requirements to investors and the City, are more protected. But internal transparency was something James Henderson, CEO of Bell Pottinger Private, was keen to maintain when the firm left the ownership of listed Chime Communications.

After recently extending its equity distribution, the agency now has 35 partners holding equity all of whom, Henderson explains, receive detailed quarterly reports on the firm's financial progress.

Another former M: equity holder notes that in the future they would ensure before they signed up to any new venture they had 'the same quality of paper as the principals'.

Complexities around different classes of shares or options are particularly prevalent in private equity-backed deals, where shares held by senior staff typically rank below those held by investors or other figures.

This was the case when Speed Communications owner Loewy Group was bought by Writtle Holdings in 2011. Former private equity owners Veronis Suhler Stevenson and ABRY Partners were thought to have lost money on the deal, meaning that only those holding preference shares (almost entirely VSS and ABRY) received any cash whatsoever and normal shareholders, primarily staff who had received equity holdings as incentives, received nothing at the time for their stakes. 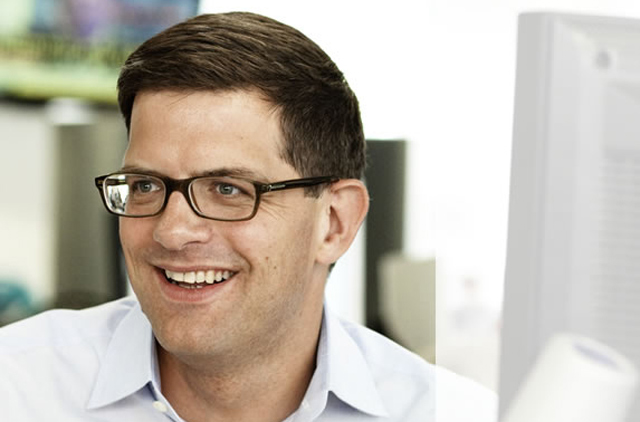 Andrew Honnor, managing partner of recently launched Greenbrook Communications, has incentivised staff with equity, but argues that giving equity out to all and sundry can be a mistake.

'When it comes to incentives, properly understanding what people are looking for is extremely important,' he says. 'People at different stages of their career can want different things. For example, someone early in their career may reasonably prefer a higher base salary to enable them to secure a larger mortgage.'

This is an argument endorsed by another agency boss who says his firm's policy to reward junior staff with equity was revised as he found long-term tie-ins provided very little incentive to them to stay.

This issue is at the heart of effective equity incentives - they only work as part of a long-term plan in certain circumstances.

BPP's Henderson argues such schemes work best when there is the genuine prospect of realising the equity through sale or investment. 'People need to feel there is some sort of exit plan,' he says, pointing out Pelham's sale to Bell Pottinger/Chime and the subsequent MBO has monetised equity on two occasions since Pelham's launch.

Being a shareholder in an independent agency can offer significant rewards down the line, but until then a minority shareholding in a relatively small and illiquid company (i.e. shares that cannot be traded) can carry significant risk.

Henderson adds that to mitigate this agencies need to draw up a profit sharing or dividend plan so equity does not only pay out on a sale. 'It can never be 100 per cent certain you will get value for your equity, so I'd argue profit sharing is more important than the equity itself.'

To avoid the concern that staff are granted equity they may be unable to realise, Clarity's Anselm suggests creating an internal market or trading window where shareholders can sell shares to each other and recirculate the equity.

Additionally, agencies must create clear rules that see employees surrender their equity in an equitable way when they leave the business.

Employees need to be incentivised to stay, but feeling the terms of their equity holdings effectively trap them in their roles is counterproductive.

Owners also need to balance their legitimate desire to retain control of their business and not overly dilute the existing equity, with the ability to incentivise new employees.

'The most effective business structures are those than can flex,' Anselm says. 'The real test is not whether the structure works today, it's whether it will still work in five or ten years' time.'

Different people will have different priorities and different incentives will suit them best, but for those able to offer it, equity is a crucial part of the mix.

As one agency boss notes: 'If you don't want senior people to have equity, they shouldn't have been hired in the first place.'

- Equity schemes rely on the owners having a feasible exit strategy. If owners have no plans to sell within about ten years, other incentivisation schemes are likely to be more effective.

- Be careful of overly diluting the equity stakes of the agency's leadership and decision-makers. Try to dilute only in periods of growth and ensure everyone is comfortable with potential voting blocks.

- Ensure transparency is at the heart of the equity scheme. Both employees and businesses benefit when there is clarity on performance and structure. Beware convoluted, opaque structures with multiple classes and be especially cautious when other businesses are more crucial to the equity value than your own agency.

- Different incentives suit different people - schemes should be flexible enough to bend to the individual needs of specific employees. Flexibility is also required to respond to new hires or agency investments.

- Ideally an equity scheme will allow shareholders to receive value for their shares without a sale or float. Profit sharing and dividends can help, as can the ability to trade with other shareholders in certain circumstances.

- Above all, equity sharing schemes can become hugely complicated and have tax implications. Get proper advice.