The murder of soldier Lee Rigby, who was hacked to death on a Woolwich street two weeks ago, seemed to elevate the practice of terror in the UK to unprecedented levels.

The fact that the event took place in this country and was recorded by dozens of 'citizen journalists' turned us all into eye witnesses.

That Michael Adebolajo, one of the assailants, virtually held a press conference after the attack, with his hands and cleaver still covered in the victim's blood, gave it a frightening immediacy. The way he looked into a lens and uttered the words 'you people will never be safe' made it seem like viewers were watching a real-life, politically motivated Freddy Krueger.

Aside from the sheer brutality of the attack, the perpetrators' desire to be filmed was particularly unusual. Eyewitnesses told the BBC the attackers were asking passers-by to film the incident 'as if they wanted to be on TV or something'. Seen in this light, the structure of the attack was uncomfortably close to that of a PR stunt: have a message, stage a promotional event, capture the event on film and then disseminate the images.

According to one academic, the shocking images of the Woolwich attack were the latest demonstration of the way terrorism has not merely mastered the use of modern comms techniques: communication has become its defining characteristic. 'Without mass communication this was simply a murder,' says Raffaello Pantucci, senior research fellow at the Royal United Services Institute, a think-tank engaged in defence and security research. 'They (terrorists) have distilled their approach into a simple, frightening and powerful message and made sure it was broadcast: we love death as you love life.'

Sure enough, the picture of Adebolajo with blood dripping from his hands appeared on newspaper front pages and looks destined to join the photo of planes crashing into the Twin Towers as one of the iconic terrorism images of our age.

At the time of writing it was not known if the Woolwich attackers had links to terrorist organisations. But the way they squeezed maximum mileage out of their deed was straight out of the terrorist hand book.

'This sounds reminiscent of the videotaped, so-called "executions" that were popular in Iraq shortly after the fall of Saddam Hussein,' says Michael A. Bozarth of State University of New York at Buffalo, who runs the website Psychologyofterrorism.com. He argues careful presentation of their own actions is key in the creation of terror.

'In some cases there is evidence that the victim was dead before the videotaped "execution by beheading", so the staging for maximum dramatic impact is immediately apparent. It obviously has much more visual and hence terrifying impact to see someone's head slowly cut off than it does to simply see them shot.'

He recalls how the IRA during the 1970s and 1980s used to call in bomb threats in time for the media to arrive on the scene. Here, the terrifying message was conveyed often without the loss of life. 'The IRA was able to compensate for the lack of visually disturbing material by gaining better coverage of its intended attack,' says Bozarth.

advice. Images of the Woolwich attack were being posted and tweeted within seconds of the events.

Part of the performance

That the attackers asked to be filmed transformed the murder into another recognisably modern media phenomenon - the reality show, says Frank Furedi, author of Invitation To Terror: 'This wasn't simply publicity seeking; there was an element of this that was total narcissism.'

This applied to the attackers and the witnesses who were so important in broadcasting the news: 'The complicity of the passers-by was fascinating. Many chose to become part of the performance. It was as if they felt they weren't able to experience the event first-hand, they had to mediate it.'

But it was not only those who filmed the aftermath who were complicit. One of the real problems in combating terrorism is the way it has co-opted the media as its town-crier. 'They both have the same immediate agenda, although their ultimate goals are obviously different,' says Bozarth.

Terrorists exploit contradictions of democratic capitalism, he argues. They know the media will grab a short-term advantage and report such events, despite the fact the story is so damaging to society. 'The media are unwilling partners with the terrorists in accomplishing the terrorists' goals... they are like their advertising departments. The terrorists provide the signal and the media amplify and distribute it,' says Bozarth.

It is the manner of the coverage that concerns him. There is too much coverage of personal impacts and not enough of the bigger political story, he argues: 'They open the story with human interest, not real issues.'

Bozarth's conclusion is that terrorists are able to 'play the media like a violin'. As a result of their more single-minded approach to media, they have the West on the back foot, agrees Furedi. 'We are losing the battle for ideas. Terrorism has a powerful narrative, but the West has failed to come up with a counter-narrative,' he says.

'Perhaps we don't believe in our way sufficiently. If you don't understand what you are about, how can you provide a clear story about yourself? We need a grown-up discussion to define what we are about. And then we need to tell the story.'

He argues the impact of an act of terror is determined ultimately by the way society reacts to it. That is why it is important not to overreact. The problem is that it seems our society can only overreact. And terrorists everywhere know that.

THE ACADEMIC VIEW - THE USE OF PROPAGANDA IN TERRORISM 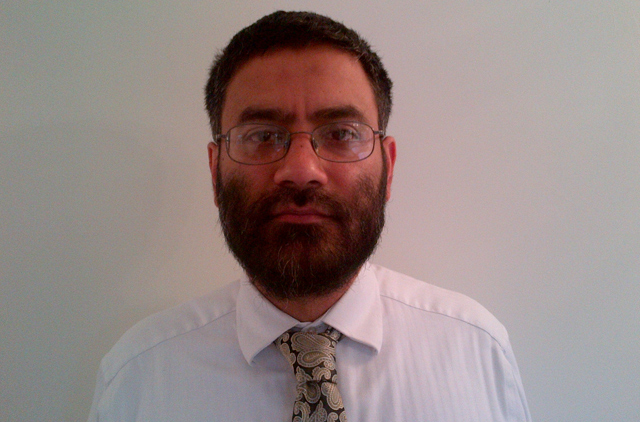 Propaganda has always been an important part of warfare. Terrorist groups as well as armies know this well. After all, 'war is deception' is a motto attributed to Sun-Tzu, the Prophet Muhammad and Mossad.

Al-Qaeda uses images of civilians killed in Western-led wars to stoke up emotions in support of its terrorism, which ironically also kills civilians most of the time. Al-Qaeda groups also film their roadside bomb attacks to try to elevate morale and inspire others to follow suit, as well as to damage enemy morale. Conventional armies use their communication strategies for similar purposes, although common decency precludes the use of disturbing images.

We have to balance the shock and trauma of disturbing footage with the need to understand and therefore combat criminal and terrorist acts. I do not agree that the Woolwich murderers' rant should not have been broadcast because they wanted attention - that is like saying that 9/11 should not have received coverage since, clearly, Al-Qaeda wanted attention also. We understand the thinking of the 9/11, 7/7 and Woolwich terrorists from watching their videos and are hence better-placed to deconstruct and counter their arguments and methods.

In a war of ideas, effective communication of positive and healthy messages is very important. In the 1990s, an Egyptian filmmaker produced a film called Al-Irhabi (The Terrorist) to expose hypocritical terrorist psychology and weaken support for extremists. The recent film Khuda Ke Liye (In the Name of God) had a similar effect in Pakistan. The British film Four Lions has helped to increase understanding and debate about extremist ideas. All these films also ridiculed terrorism, which weakens support for it but probably hardens the resolve of the most determined terrorists.

The 'war on terror' was conceived originally in purely military terms but it would be better to engage in a 'war of ideas' - decent, civilised values as found in all major world religions and philosophies are infinitely superior to the monstrosities of modern warfare and terrorism. In the face of the latter, we will always need to improve our strategy to communicate those values more effectively.

THE MEDIA VIEW - PROVIDING THE OXYGEN OF PUBLICITY?

The media get into dangerous territory if they start making decisions about what is and is not moral for readers to see and read about. News is news. A soldier being hacked to death is a story, by any stretch of the imagination.

There is an argument about not giving terrorists the oxygen of publicity, but even if the mainstream media chose to ignore it there would be a danger that wild rumours would fly around the internet in the absence of professional fact-based journalism.

When something awful like this happens, the media can become a proxy for people's anger against the act itself - it's not the media's fault this terrible thing has happened, and the media have a duty to report on it. More than one individual shot videos and the footage was going to get out whether broadcasters or papers used it or not. It is naive to think, in the digital media era, that this story would not get out on Twitter, Facebook and YouTube.

The level of coverage this story has gained is largely driven by reader demand within a highly competitive environment. I don't think you can accuse people of sensationalising the Woolwich story because, by any standard, this is a sensational story in the purest sense of that term. Readers now vote with their clicks: journalists can instantly see what is and isn't a popular story, and it is not up to journalists to make some sort of paternalistic judgement about their news content.