Amid the doom and gloom of the economic downturn, there has been a ray of light fostering shoots of growth: London's Silicon Roundabout.

The Silicon Roundabout moniker, coined by one start-up's chief technology officer back in 2008, was an unintended PR masterstroke. Adding a touch of Californian sunshine to the greyness of Old Street, it did no harm to the idea that the UK's answer to Silicon Valley just might spawn the next Facebook.

Fast-forward five short years and the internet economy now accounts for 8.3 per cent of GDP. Boston Consulting Group predicts this will hit 12 per cent by 2016.

There are 1,300 companies based in the vicinity, from well known British start-up success stories such as Mind Candy, Hailo and Moo, to those that are building buzz among the tech press and investors, but have yet to break into the mainstream.

The Government, the Mayor of London, financial institutions and tech giants such as Google have been taking advantage of and fuelling this growth. PR has a crucial part to play too.

Some agencies are already at the centre of things, attracted by 'the pace of innovation and eye-watering valuations' as one tech agency head describes it, but there are still opportunities for a wide variety of agencies that have not yet got involved.

However, the PR needs of start-ups are different beasts from established businesses, with very different PR needs.

She advises start-ups to have a clear brand position and vision before considering PR. 'We encourage companies to listen to their customers so they can understand how to frame their product for consumers, through Google surveys, blogs and social. Insights help them to craft this positioning,' she says.

Begin with the brand

'The creation of the brand begins when building the company. The message of the product is there at the beginning.

A natural point comes when they begin telling people about the company,' he says.

Online activity is an obvious and easy way to begin. Lewis adds: 'Lots of start-ups are ramping up their social activity to reach customers directly. It's a lot cheaper and there are fremium tools to analyse the outreach. It means they save on costs but they are very comfortable in that area and doing it themselves.'

But Alice Regester, founder of agency 33Seconds, which works with start-ups such as Soundcloud and Twilio, says this positioning is something on which agencies can advise.

'The value of PR to start-ups is arguably higher. These companies have often spent a year or two with the team focusing purely on product development and will then come to us to help determine their positioning and messaging.

'They use PR as the only method of raising brand awareness and credibility among their target audiences,' she adds.

At a time when the different comms disciplines are increasingly fighting over shrinking budgets, this is one sector where PR is taking the lead over advertising.

'In each city where we launch we tend to turn to PR as our first major consumer investment,' says Chris McLellan, global head of social and launch marketing at Hailo, the taxi cab app founded in 2010.

'While on the surface our business may sound fairly simple, the fact is that managing the expectations of our 30,000+ taxi driver community and the demands of our 300,000+ customers is very tricky to maintain and ours is a difficult story to tell simply,' he adds.

A new product to market with technological innovation can need a greater amount of explaining, but another key aim for start-ups is to gain the attention of investors.

'The media coverage that a start-up receives plays an important role as they go after more funding,' says Regester.

'Investors will look at what's been written about a start-up and it will help in their assessment of a company's future potential.'

Ketchum's European head of technology David Vindel says: 'It's a different ball game to large businesses that would be looking for typical press office, crisis management or public affairs functions. Start-ups are looking to reach industry analysts, venture capitalists, networkers and influencers at an early stage.

'First mover advantage is crucial when it comes to start-ups talking about their business,' he adds.

Lewis says bringing in an agency can give start-ups more structured advice for PR campaigns, guidance on how to talk to a wider audience and an overall profile for the company. Agencies also provide valuable connections: 'Mark Zuckerberg didn't know anyone when he started Facebook,' Lewis points out.

There are no hard and fast rules when it comes to the type of agency a start-up will turn to. As with any client relationship, it is the chemistry between people that guides founders and agencies.

Kelly notes founders are often led by word of mouth recommendations from others in the start-up world including fellow companies and journalists.

'Whether large, small, boutique, part of a network or independent, for us it's about the people within a firm,' she says. 'Naturally start-ups want to work with entrepreneurial agencies, but start-ups scale very quickly and may want the support of a network, particularly in places such as Berlin, New York and San Francisco.'

Kelly also points out: 'Our companies have customers that span fashion, gaming, financial services, big data, cloud, mobile, social, travel and many other sectors. Often they are looking for PR agency partners who are specialists in those areas rather than just tech.'

Initially smaller budgets may deter some agencies. However this growth area offers both the potential of working with the next big thing and a wider opportunity aside from fees.

'The majority of large PR firms don't look at start-ups,' says Vindel, 'but no-one knows who's going to be the next billion-dollar firm, and agencies are increasingly likely to have large clients who are working with start-ups in some way because they are searching for business innovations.'

Vindel says that Ketchum's work with the Digital Shoreditch Festival has given the agency more involvement with the start-up community itself as well as the government bodies, large companies such as IBM and Adobe, and other businesses in the finance, education and talent sectors that are part of the scene.

'From a PR point of view we meet people that it would normally take six months to meet. We can build great business relationships, both for new business and to promote Ketchum's own standing within technology,' he says.

Being part of this innovative and exciting community is a benefit echoed by Regester: 'Working with a start-up means that we're the first to spot new disruptive products and the latest trends, and having this knowledge provides added value for all of our clients, whether they're a start-up or an established brand.'

CASE STUDY - HUDDLE FINDS A VOICE IN THE PUBLIC SECTOR 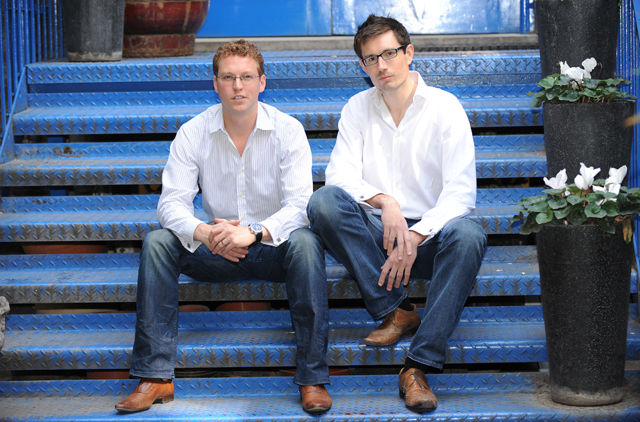 Cloud enterprise firm Huddle was founded in 2006 by Alastair Mitchell and Andy McLoughlin.

It enables businesses to collaborate and share content and is used by NASA, AKQA and P&G and 60 per cent of government departments.

The founders were heavily involved in creating a voice for the business and are well known within the London tech scene. Both helped build its ties with government and the public sector, by piloting Huddle in one central government office. Within the government network, there was almost a viral uptake of the software, helped by a customer advocacy programme.

Director of global corporate comms Lucy Wimmer says: 'Technology becomes a reality to people, and is easier to understand if a customer is saying "this is how we are using it".'

Although Huddle handled most of the PR in-house, it has now expanded into the US and has just appointed San Francisco-based tech specialist BOCA Communications.

'As start-ups expand, they need to consider how campaigns might differ across territories. As the global footprint grows, how are messages and stories formatted for those markets?' adds Wimmer. 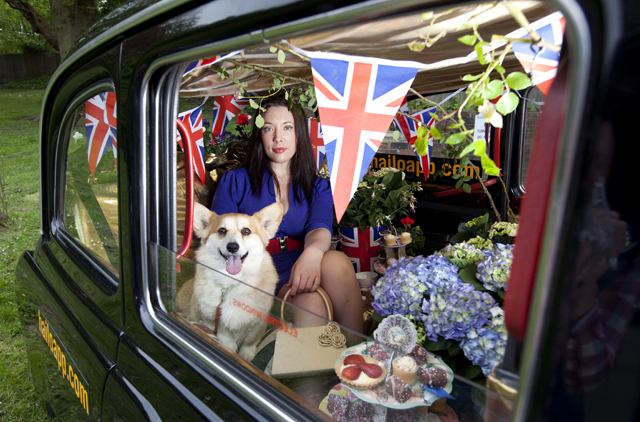 Hailo was voted PR professionals' favourite app by this year's Power Book entrants. The Hailo app means cab drivers can find passengers in their down-time, which makes up an estimated 30-60 per cent of their time, and offers consumers a quick and simple way to hail a cab.

The idea for the service was born from three cabbies - Russell Hall, Gary Jackson and Terry Runham - and three internet entrepreneurs - Ron Zeghibe, Caspar Woolley and Jay Bregman. Both sides had been looking at the possibilities of taxi apps and the entrepreneurs realised the insight of the cabbies would be invaluable.

When the service launched in November 2011, it already had 2,000 cabbies signed up. When a consumer searched for a cab, it worked.

As half of the founders were already in touch with part of its target market, word of mouth helped them engage cabbies with the app at development stage. Chris McLellan (see box) had also been hired by Hailo earlier in the year to manage social media and the cabbie community.

In March 2012 the brand gained another £17m of series A funding and commenced scaling globally, launching in Dublin, Toronto and US cities.

A month later Hailo turned to Surname & Surname to raise consumer awareness of the brand and the business.

'We were looking for an agency that was small, hungry for our business and understood down to the cellular level the role that bloggers, influencers and social media communities play in today's comms mix.

At the same time, we were not so naive as to think that a depth of experience in running a fairly traditional, proactive press office wasn't part of that mix.

What really appealed to us about our current agency Surname & Surname was not only that they demonstrated all of these qualities but that their founders had launched their business from within an entrepreneurial environment at Blue Rubicon. This meant that we got the small, focused and hungry PR team we wanted but within the mothership of Facebook's PR agency. We liked that.

PR can be a huge channel for start-ups, one that can amplify organic social media efforts in amazing ways. Good PR may just be the difference between success and failure.'