The BBC has suffered long term damage to its reputation following the Jimmy Savile scandal, according to the latest PRWeek/One-Poll reputation survey.

While the BBC remains the media org-anisation with the best overall reputation, it has lost support. Only 23 per cent of respondents chose the broadcaster in the new survey, compared with 32 per cent last June.

Trust in its impartiality has also been dented. The poll found that 45 per cent of respondents claimed to have faith in its objectivity compared with 48 per cent when the same question was asked last June.

Nearly two-thirds (62 per cent) also wanted the licence fee to be abolished. 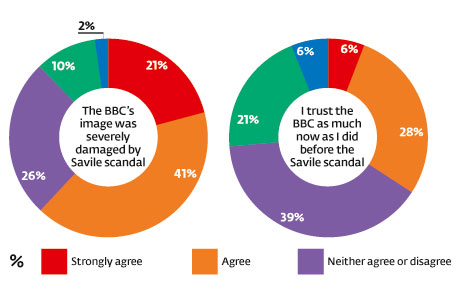 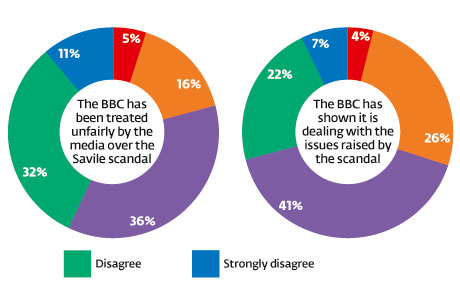 The poll follows a stormy period that has seen the BBC dealing with the fallout from the Savile scandal and the North Korea/Panorama film debate.

The good news for the corporation is that more people (31 per cent) agreed than disagreed (25 per cent) that the BBC had moved on from the scandal. More people thought the BBC’s programming was exc-ellent than when the same question was asked last June before the Savile crisis broke (33 per cent compared with 25 per cent).

The public clearly feels the BBC has ret-ained its relevance. More people agreed the BBC reflected modern Britain than disagreed (43 per cent compared with 36 per cent). The corporation has also gained considerable ground on Sky when it comes to the speed at which it breaks news – 28 per cent now thought it was the fastest to break news compared with 21 per cent last June. Sky retains top slot on this question, with 41 per cent regarding it as fastest.

The majority of respondents also backed the decision to air Panorama’s film about North Korea (58 per cent approved). 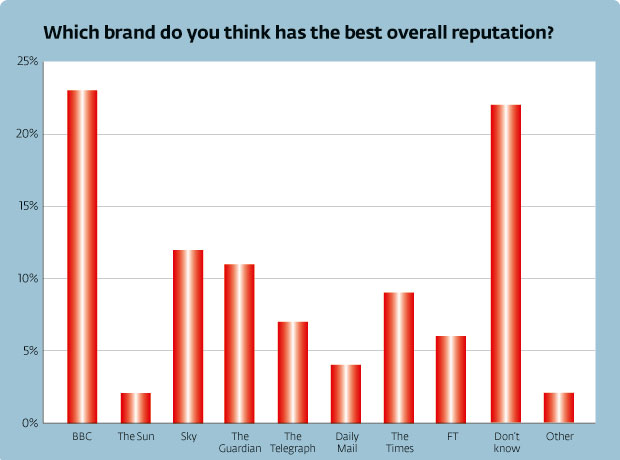 Viewers rightly feel the licence fee is an outdated concept but the public service functions it funds remain vital. A series of recent episodes, most notably Newsnight’s handling of Savile, have undermined public confidence in the BBC to perform its duty of reporting news objectively.

The BBC’s apparent editorial obsession with itself has done little to soothe this concern. The fact that crisis at the BBC often leads its own bulletins but not those of its rivals seems perverse. This may derive from an admirable desire to be seen to uphold the highest broadcasting standards, but it can look to the rest of the country like self-obsession.

The clumsy handling of criticism is all the more surprising when we consider the BBC’s enviable PR resource. The PR team isn’t directly responsible for editorial decisions, of course, but if it can’t make a difference when an editorial crisis ensues then the director-general might be tempted to ask what its in-house comms team is for.