Organising a global comms team is no mean feat. A company with offices and operations spread across the world faces a battle to ensure its central PR strategy can be effectively communicated to a diverse range of customers and clients.

The central issue for companies to understand is the level of responsibility for comms they should retain centrally and devolve locally. Some choose to hire one global PR agency, managed by a central department, to ensure consistency of message. Others use a raft of local PR agencies and devolve more power to regional offices to ensure messages resonate in local markets and adhere to local sensitivities.

The PRCA believes there is a lack of research to help firms create the right model for their distinct needs, and has launched a working group to change this. Early research has highlighted six broad structures, ranging from centralised control with little input from agencies or local offices to a highly localised, devolved set-up.

Jane Boardman, CEO of Talk PR, who is heading the PRCA's work on globalisation, says: 'Currently clients pick a model that has evolved over time or create something that they think might be good. But it is very difficult to say whether one structure is better than another for a certain type of client.'

Of all the PRCA-highlighted structures, complete centralised control is one of the rarest, says Sally Costerton, PRCA vice-chair and former Hill + Knowlton Strategies EMEA CEO and chairman, who has worked for global clients including Intel and Visa. Equally rare is a complete hands-off approach from the centre.

Instead firms are increasingly favouring hybrid models involving a strategy created at the firm's headquarters or by a global PR agency, with implementation handled by local offices, says Costerton.

This hybrid model is one favoured by Nissan, which decides global strategy centrally from its Japanese-based headquarters, with its four regional offices managing the strategy and reporting back to the centre.

Local offices are also given a degree of autonomy on implementing the strategy and appointing their own agencies. In addition Nissan has a global partnership with Omnicom, whereby local offices have to invite an Omnicom agency to pitch for work but do not have to hire them.

The importance of a strong central PR function has been highlighted by consolidation in the media industry, which has given large media companies a presence in more territories.

Sproule says: 'Around 70 to 80 per cent of our media coverage comes from just six to ten global media sources.'

The rise of the local office

But improvements in communication technology, video conferencing and social media tools have also helped give local offices a stronger voice.

Another factor in ensuring local offices have a greater say in how PR is handled is the changing world economy, where regions such as India and China have far higher predicted growth than the US, according to latest IMF figures.

Costerton says: 'This makes it far harder for a US-based hub to dictate how money is spent locally.'

She says that multinational companies have learned that a centrally produced global PR strategy is also more likely to fail if local offices feel they are being dictated to.

'A decade ago the hub would hire one agency or group and the local offices would be just told to work with them, even if they had good relationships with other local agencies,' she adds.

Costerton recalls working for an Asian-based white goods firm where a lack of regard for local and agency input ended badly.

She says: 'They had a manufacturing base in Italy so wanted to base their global PR team there. We told them it would be a mistake as Italy closes down for August but they were insistent. So we set it up and when August came and the whole country closed down, it was hard to get anything done and they were not pleased at all.'

In contrast, she believes her work with Intel was among the most successful for marrying local and global expertise. Even though Intel at the time had hired WPP and its agencies to handle PR across the world, the German office was allowed to retain its own agency under a separate deal as it had worked effectively with it.

Helping companies find the best global comms structure is also crucial for UK agencies, suggests Boardman, as the PRCA is predicting an increase in multinational firms looking for UK-based agencies to support their global PR strategy.

She says: 'UK PR agencies have a huge advantage in being English-speaking and having a reputation for multiculturalism. If you look at the US, for example, the country it is most interested in is the US.'

For agencies with a global network, the holy grail is to win work providing both global strategy and local implementation.

Costerton says there are cost benefits of this model for the client as well as giving reassurance that central messages will not be affected by miscommunication.

Ketchum is among agencies to benefit from this model, through its work as part of a network of Omnicom agencies hired by Philips under the slogan OneVoice Connect to provide global PR support.

Denise Kaufmann, partner and MD of client service at Ketchum, says the group's recent work on the launch of the Philips 'hue', a phone app-controlled home lighting system, is a good example of how global and local PR skills were effectively combined.

This involved setting up the system in US journalists' homes, targeting UK-based tech bloggers, a focus on design for the Italian market and a user-generated content focus for PR activity in Germany.

'You are dealing with different local areas and there needs to be constant communication by email and phone. You need to have that level of trust and know each other,' advises Kaufmann. 'Never worry about over-communication.' 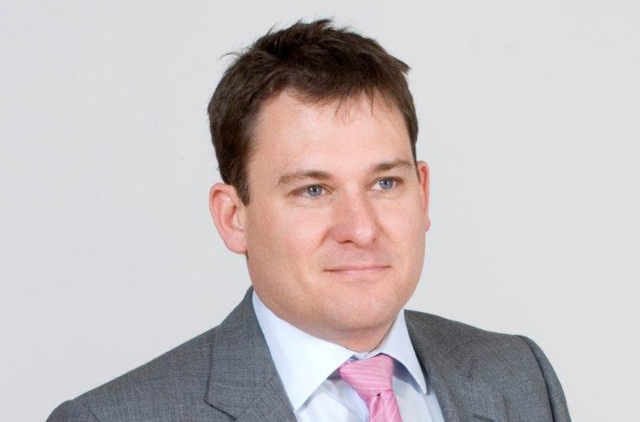 Nigel Fairbrass, SABMiller's vice-president of global comms and reputation, explains the company has a centralised/fragmented model of global comms, with strong regional and local input. Local offices are free to hire their own agencies but responsibility for global comms strategy rests with the London-based global PR team.

PR agencies are brought in for specific support, either locally or for specific areas of global strategy. Among the current crop of agencies being used are FTI Consulting, Bell Pottinger, Reputation Inc and Portland, which is specifically supporting comms on agricultural policy in Africa.

Fairbrass explains why he prefers not to appoint a single global PR agency to support the company. 'We do not want to outsource our reputation management and would feel uncomfortable with someone else being our voice,' he says.

With such a strong in-house comms presence, Fairbrass admits: 'We spend a lot of our time on aeroplanes. It is important to have that face-to-face contact but that means that at any one time a third of the central PR team is out of the office.'

SABMiller is looking at ways to address this, although Fairbrass says digital forms of communication such as video conferencing can be more difficult in areas such as parts of Africa where there is low bandwidth.

The global PR team is exploring greater use of low bandwidth tools such as Yammer to improve communication with local operations in such areas.

As part of its Future of the PR Industry project, looking at ways of supporting the industry over the next 20 years, the PRCA is investigating how global comms can be improved. Case studies will be gathered and already six key structures of global PR teams have been revealed. These are: