The majority of British voters agree there should be a referendum on EU membership, research has revealed.

The issue of EU membership may have a key impact on the 2015 general election, with 46 per cent of respondents saying the issue could affect how they vote, compared with 30 per cent who said it would not.

But support for the PM's announcement may not translate into more success in the polls - only one in five said the move had made them more likely to back the Tories.

Feelings towards the EU have become more favourable since the survey in 2011. Only 39 per cent stated they did not want to be a part of it - down seven percentage points from PRWeek's previous poll. Male respondents were more likely to support British membership of the EU than females.

But despite the Tories' longstanding internal divisions over Europe, their main rivals are failing to capitalise on the issue. 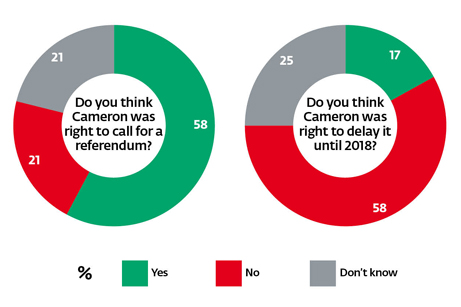 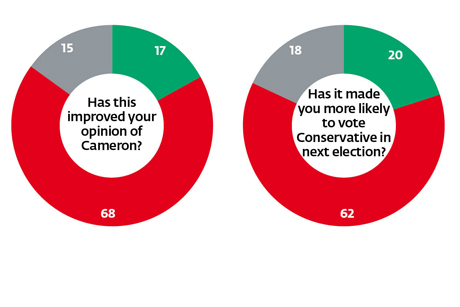 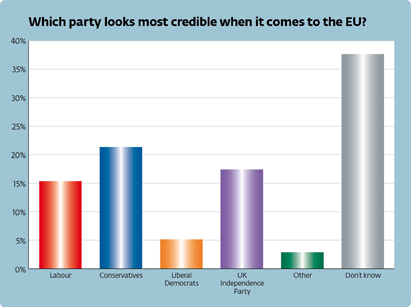 As the poll bears out, Britain is split down the middle on Europe, with 40 per cent backing EU membership and 39 per cent opposed. But on a political level, it's easy to see why David Cameron opted to go for a referendum, with a clear majority backing the decision.

That doesn't mean this isn't a huge gamble from the Prime Minister though. The bounce he received in voting intention polls has already disappeared, showing the reality that this is much more an issue for the political class than for the electorate. He's also given Ed Miliband the chance to build an alliance with the (mostly) pro-European business community - an audience he's struggled to reach. Perhaps the most important question is the impact the speech will have on the economy over the next two years. If the uncertainty causes a hiatus in inward investment, the political impact will be dwarfed by the economic one. And in 2015, it really will be 'the economy, stupid' that matters more than policies on Europe.

49% were not aware of Labour's position on Europe