After the success of London 2012, Rio 2016 is sashaying its way, noisily, into the collective consciousness.

The numbers are still being crunched on whether the London sponsors' millions of pounds bought them a satisfactory return on investment. But anyone who watched the eruption of national fervour around the Games has received a clear message about potential benefits of association with the event.

Although the worldwide sponsors are already in place - most have signed ten-year agreements - there are a range of other sponsorships up for grabs. Over the next 12 months, the Rio Olympics organising committee is expected to accelerate its sales effort, particularly to capitalise on London 2012.

In the box overleaf, H+K Strategies' MD of sports marketing and sponsorship Andy Sutherden warns brands not to get too 'starry-eyed' about the Olympics, but to ground any potential sponsorship in hard business objectives.

But the lure of Brazil for PR professionals is not just the Olympics. Since Jim O'Neill coined the phrase 'BRICs' in his 2001 report for Goldman Sachs on the rapidly developing economies of Brazil, Russia, India and China, Brazil has been a key focus for companies looking to take advantage of higher growth rates than in western markets.

The country has not totally escaped the global economic downturn. Last week it cut its growth forecast for 2012 to two per cent, down from three. But this was also the year it overtook the UK to become the world's sixth largest economy. This, combined with heavy investment ahead of upcoming sports events including the FIFA World Cup in 2014, and the oil and gas boom off the Rio coast, still makes it an intriguing prospect for UK PR professionals. 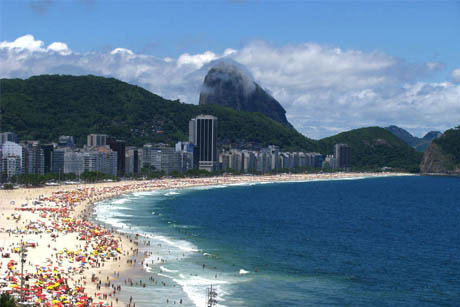 There are certainly plentiful PR opportunities. Ciro Dias dos Reis, president of Abracom (Brazilian Association of Communication Agencies) and CEO of Imagem Corporativa, says the PR market in Brazil is expected to grow by an impressive 25 per cent in 2012.

'There are a lot of PR opportunities in the Rio region at the moment,' he adds. 'We are not just talking about sports, but all the universe that surrounds it - sponsorships, investment in the city, international journalists visiting, hotel chains investing in new places. The oil and gas business in Rio is also booming,' he says.

Euro RSCG London PR board director Andrew Robinson says this major infrastructure development provides great potential for clients with operations based in the country. 'Brazil's economy has been sluggish and the infrastructure investment will help to boost GDP and reduce the income inequality. This investment will be a key focus for the media over the next couple of years. Clients with operations in Brazil will have a wealth of opportunities to feature as case studies on the positive benefits to business,' he says.

The economic boom before the downturn has also helped increase the individual wealth of Brazilians. In a population of 196.6 million, more than 20 million people have been lifted out of poverty in the past decade. In a report at the start of the year, McKinsey estimated that 30 million had joined the middle classes in the past ten years, and three million could now afford luxury goods.

These new consumers have been providing business for the London-based Branding Latin America Group, which specialises in bridging business and promotional interests between Latin America and the UK. Argentinian founder Rodolfo Milesi says: 'In the past year we've been having conversations with luxury brands and hotels in London looking to break the Brazilian market. There has been a growth of wealthy Brazilians coming to London and spending money. They are now one of the top five buyers of luxury brands in the UK.' 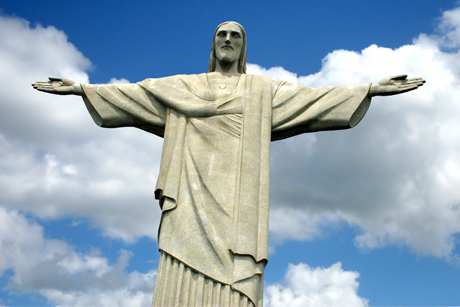 It may be fertile territory, but before PR professionals jump on the carnival float, they need to do their research. 'There's lots of naivety in how to approach the Brazilian market,' says Milesi. 'Companies often have no idea about the marketplace, the Brazilian people and their tastes, or even the size of the country,' he says.

It is important to understand cultural differences. 'They must consider that we are Latin people, which makes a lot of difference,' says Dias dos Reis. 'Latin people need to be approached in a more emotional way than people in the UK or US. This should be taken into consideration when you are building a PR programme.'

This also applies to communicating with Brazilians in the corporate environment. 'We touch people we talk with but it's friendly, not aggressive. A UK PR must not be surprised if Brazilians touch their arm to emphasise an idea,' says Dias dos Reis.

Milesi also argues brand knowledge and trust are even more important in Brazil than in the UK or other Latin American countries: 'Consumers in Columbia, Argentina and Chile are more willing to buy foreign brands but Brazilians are more nationalistic and have trust in Brazilian products. It's not going to be easy to win their trust.'

He believes this loyalty is driven by their Catholic religion and more family-focused culture: 'You don't need to go there with a hard business approach, but a family-friendly one. They spend money with their family. You don't see two Brazilians on their own, you see ten coming in with their children. Latin Americans are friendlier and have a more human touch.'

There is also the obvious language barrier. 'Learning a bit of Portuguese is a way of showing how committed you are to understanding the local culture. It will make a lot of difference. We like to be in contact with foreigners. We are warm people. But this will happen more if you make the effort,' says Dias dos Reis.

This also applies to PR activity. For example, Dias dos Reis advised HSBC 15 years ago when it started operations in Brazil. The bank wanted to publicise the name the same way it did across the world, but Dias dos Reis told him it would not work in Brazil because Brazilians found it hard to say the letters in English. Instead they got them to pronounce the letters in Portuguese. 'It wouldn't be a good way to arrive in Brazil to try to force people to say something in an English accent when no more than 20 per cent speak English,' he says.

Robinson advises PROs to visit Brazil to get to know the country. 'Networked agencies might want to invite Brazilian colleagues to the UK to share some inside knowledge on the market. Some authentic fluency on the culture will be useful when planning campaigns,' he says.

The door to Latin America 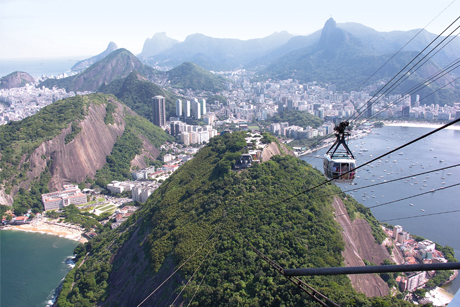 The advantage to getting it right in Brazil is it could be a useful base from which to reach the rest of Latin America. Indeed, Rio Negocios, Rio's investment promotion agency, hired Grayling this summer to position it as the gateway to Latin America during London 2012.

'This is the Latin American decade - it has matured in the past ten years,' says Milesi. 'There is sometimes political noise, but Latin America is more united than in previous decades.'

And as for what to expect from Rio 2016, Dias dos Reis simply says: 'Rio is a warm place. People are happy. It will be much more "party-time".'

Abracom has 365 member PR companies across Brazil, which represent 95 per cent of the marketplace in terms of revenue. The PR market is expected to grow by 25 per cent this year. Contracts with private companies generate most of the PR business.

Abracom president Ciro Dias dos Reis says that in the past few years, it has worked hard to improve the reputation of PR agencies within the public sector, so that PR agencies could pitch directly for government work, rather than being hired for the work by advertising agencies.

Although this process is not yet complete, many government bodies are now allowing PR agencies to pitch directly.

Dias dos Reis warns UK PR professionals not to underestimate their Brazilian counterparts: 'PR guys looking from abroad do not know that Brazilian PR companies have developed new systems and are very modern. The best PR services provided in Brazil can be considered the same level as the best in England or America.

'There are a bunch of PR companies that are very connected to the international market and global networks. For example, my agency is a member of the PROI, and we are very close friends and work on specific projects with Lansons and Publicasity in the UK. We are really aware of international trends and tendencies in the PR arena.'

ANALYSIS: SHOULD YOU SPONSOR RIO 2016?

The sales cycle for Rio comes at a time when companies are scrutinising spending. The business case for investing needs to be more robust than before. The selling of Olympic sponsorship is more about the emotional pull rather than the rational. The Olympics gets you starry-eyed. But what you're buying is just five rings, the permission to use a logo. It's the most DIY sponsorship there is.

Everything else is driven on the assumption that you know how to fully activate your association.

Every Olympic sponsor needs to have a crystal clear understanding of its objectives. The golden rule of sponsorship is 'buy what you need, use what you buy'.

There's a tendency for PROs to inherit sponsorships that don't allow great activation. PR professionals need to be a critical voice around the table when the contract negotiations are happening and have input on how the assets can be brought to life.

The opportunity that is most underestimated is the inside-out theory. An Olympic programme done well has an extraordinarily positive impact on staff.

For Rio, sponsors will have to think of creating more of an Olympic experience remotely, because you cannot take as many people there, and the time zones are different. For the 100m final at 8pm in Rio, China will be in bed.

Sponsorship is little more than the permission to spend more money. Unless you know how to activate it to drive the best possible return, it might not stand up to the shareholder spring.