We asked agencies for operating profit before tax. These are more difficult to accurately compare than fee income, due to differences in agencies' accounting practices. Those who give us the data may also have unusually high margins.

Last year, the Top 150 sample had an average profit margin of 14.2%. Different agencies submitted their profit figures this year, so to compare like with like, we stripped out the agencies that gave us their figures for 2010 and 2011. Margin was calculated based on net profit as a proportion of PR income.

Below, Adam Parker, CEO of RealWire, chartered accountant and Show Me Numbers blogger, compares our sample to the public marcoms groups. 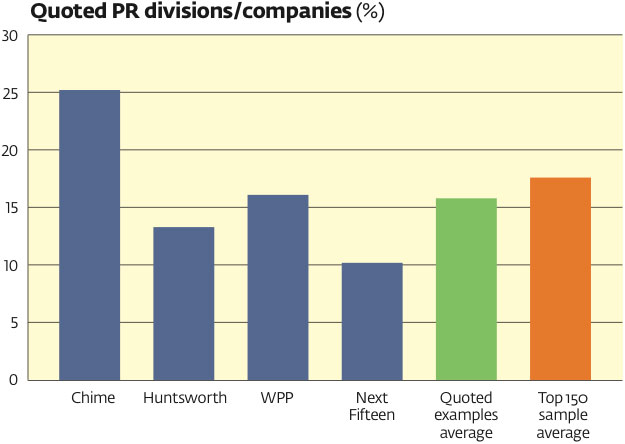 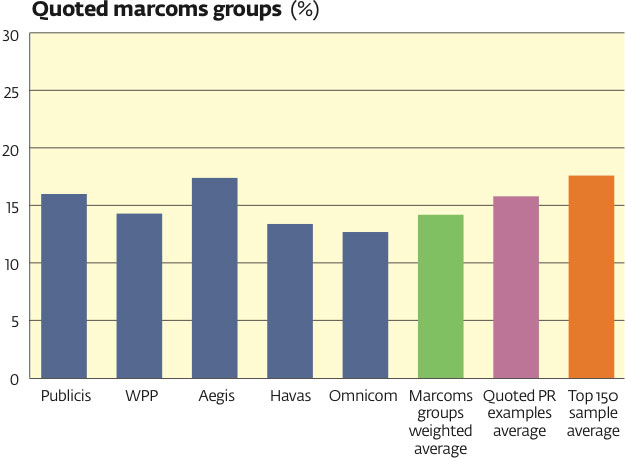 How I See It: Adam Parker, CEO, RealWire and Show Me Numbers blogger

Despite the challenging economic climate, with overall GDP growth of less than 1%, 2011 seems to have been a year of continued recovery for the PR industry, with steady improvement in both income and margins.

Small and medium-sized agencies continued to demonstrate that they are just as capable as larger ones of adding value, with a number of agencies in the Top 150 outperforming even the most profitable of the quoted PR groups.

However, within the overall industry performance there was significant variation at the individual agency level in both fee income growth and margins, with some agencies clearly finding conditions challenging. This may well reflect the changing requirements of clients and in particular the continued emphasis on digital media.