Ten years ago, the largest agency in PRWeek's annual Top 150 league table, Bell Pottinger, made £30.8m in fee income, and the smallest agency, The Ideas Network, made £336k. Fast-forward to 2012, and Bell Pottinger's fee income has more than doubled to £62.9m, while agencies have to make nearly £1m to make the table.

To coincide with PRWeek's latest Top 150 table, we dug through our archives to get a snapshot of how the PR industry has changed over the past decade.

We selected ten agencies of different specialisms and sizes that have consistently entered the Top 150 to show how they have fared over the past ten years.

It has not all been plain sailing, but the good news is that the latest Top 150's combined fee income is the largest on record. 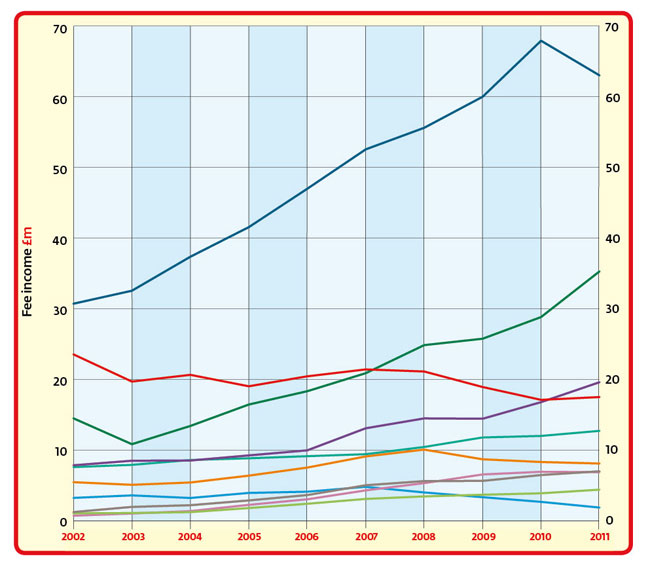 2002 - A tough year for many agencies. Of the Top 150 agencies, 49 show a decline in revenues and 63 cut staff. The Sarbanes Oxley Act means agencies owned by listed US firms no longer enter their figures.

2003 - A more mixed picture, but 70 per cent of the Top 150 report a rise in fee income. Smaller agencies do particularly well. Bell Pottinger includes Harvard in its entry after a company restructure.

2005 - Ninety per cent of the Top 150 report an increase, while only 14 agencies see a decrease. A huge 140 agencies have a fee income of more than £1m. PRWeek starts estimating Sarbanes Oxley agencies.

2008 - The first set of figures showing the impact of the credit crunch starting to bite. Overall fee income still sees double-figure growth. Total fees for the Top 150 agencies are more than £858m.

2009 - A tough year for the industry, which manages less than one per cent growth on average. But commentators are cheery that the recession's bite is not as deep as expected.

2010 - The industry returns to growth, with an average of 9.24 per cent. But agencies that relied on financial PR or public sector business suffer large declines. Total fee income is £839m.

2011 - A year of mixed fortunes for the PR industry. But despite reports of damaging fee cancellations, Top 150 agencies report an average growth of nine per cent. The total fee income jumps to £900m.

ANALYSIS INDUSTRY WORKS ITS WAY OUT OF THE CREDIT CRUNCH 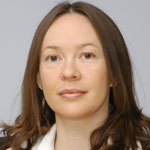 The tragic terrorist attack on the Twin Towers in 2001 was closely followed by a recession in the marketing services sector. In 2003 and 2004 things started to recover despite uncertainty fuelled by the Iraq war and terrorist threats.

By 2005 the familiar pattern of improved results and generous share prices was again driving merger and acquisition activity. This continued into 2006 and 2007 with Cello, Media Square, The Mission Marketing Group and Next 15 Communications as active AIM-listed acquirers and Huntsworth's acquisition of Incepta hitting the headlines. From 2004 to 2008 margins in the PR sector saw year-on-year improvement.

The run on Northern Rock in the autumn of 2007 caused marketing services' share prices in particular to nose dive and by the time it was nationalised in early 2008, stocks had fallen 30 per cent. By the end of 2008, after Fannie Mae, Freddie Mac, Lehman Brothers and Merill Lynch all hit the headlines, the future was looking bleak. While most PR consultancies made their 2008 budgets, the meltdown in the financial sector took its inevitable toll on 2009 income and profit levels. Those consultancies operating in financial and corporate PR took some of the worst initial hits with other sectors also suffering. The contraction in client budgets and delayed decision-making on project work continues.

While the worst is over, consultancies are left with clients who are still demanding more for less and with an increasing tendency to move towards project rather than retainer work. I don't think that flavour will change much over the course of this year or indeed in the next couple of years. This is simply the environment in which we now live. Those consultancies that have already realised and adapted to that will be the ones that will be successful going forward.

Encouragingly, in a recent survey that we did at Kingston Smith W1, PR consultancies were the most positive of all the marketing services sectors about growth and profit prospects for 2012.