The latest results from the PRCA's trends barometer reveal that 51 per cent of respondents expect the economic condition of the industry to get worse this year, with only 12 per cent expecting it to improve.

Almost one in three (28 per cent) said that they felt less optimistic for their consultancy's future, up five percentage points on the previous quarter.

Weber Shandwick vice-chairman Fiona Noble said: 'Clients are saying there is an uncertain market and that we have got to be smarter with our budgets. We are seeing more quarter-by-quarter release of budgets - there is a desire for more control.'

Noble said the retail sector had been the hardest hit.

The survey, which quizzed the bosses of 86 PRCA member agencies, found that 35 per cent saw a significant or marginal drop in client budgets in the last quarter of 2011, against 20 per cent in the third quarter.

Jason Gallucci, CEO at Lexis, said: 'Some agencies go to such lengths to impress people that they erode their own margins. It's not doing the industry any good.'

The PRCA's chief executive, Francis Ingham, said optimism in the industry was at an 'all-time low', pointing to a four percentage point drop in the expected uptake of graduates. But he highlighted strong new business activity, with the number of agencies saying they were 'busy' or 'very busy' rising from 63 per cent to 67 per cent between the third and fourth quarters.

Some agency bosses remained buoyant. Richard Millar, CEO of Hill+Knowlton Strategies, said his agency was confident that the Olympics and European football championships would boost business momentum this year.

Alison Clarke, CEO of Grayling UK and Ireland, said: 'I am happy to see the retainer/project balance starting to settle.'

She added: 'It is crucial that we all remain committed to ongoing staff development and recruitment of the brightest graduates, to ensure the industry stays ahead of the curve ... when it arrives.'

We're approaching the year with cautious confidence. Our confidence is based on the belief that the power of PR continues to grow in relation to other disciplines; the quality of our own agency talent; and that we've traded through a challenging climate since 2008.

It's inevitable that we're going to see increased pressure on return on investment, and we need to be demonstrating tangible commercial benefits as a result of what we do. There is an unprecedented focus on commercial outcomes, rather than just commercial outputs.

60% London-based agencies as a proportion of the total

Although optimism has plummeted, new business is holding up 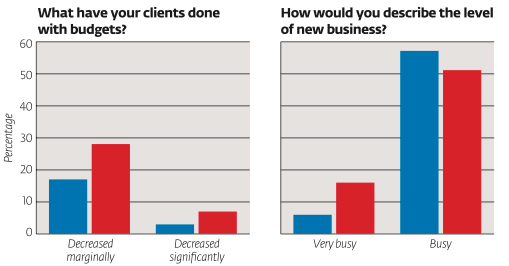 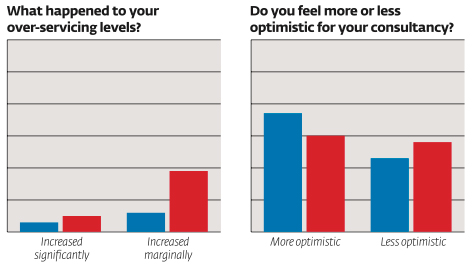