The majority of people think the police's response to the UK riots was too weak, but overall they still have a positive opinion of the force, says latest research. Sixty-one per cent of respondents to PRWeek/OnePoll's survey of 2,000 members of the public said the police response was 'too weak', while a quarter said it was 'right'.

However, the riots do not seem to have dented public opinion of the police, with 75 per cent of respondents saying that seeing police patrolling the streets made them feel safer - the same as when we asked in April. Sixty-eight per cent said the Government should not make cuts to the police, up slightly from April's 64 per cent.

Seventy per cent of those polled said prominent figures such as David Cameron and Boris Johnson should have returned from their holidays earlier than they did.

Young people are the group whose reputation has been damaged the most during the riots, according to 64 per cent, with the Government at 20 per cent, the police at 11 per cent and brands at only five per cent.

Twenty-eight per cent of respondents said BlackBerry was the brand they associated most with the riots, followed closely by Facebook (26 per cent) and Twitter with 14 per cent, after the three platforms were used by some to arrange rioting.

But 83 per cent said they did not feel any more negatively towards brands that became associated with the riots, including JD Sports and Currys, who had some of their stores looted.

The findings relating to people's perceptions of the listed brands are encouraging, but not surprising. After all, if we ask brands to be good citizens themselves, we must in turn recognise when, as part of our community, they have been unfairly treated.

Similarly, it is right that people are not looking to shoot the messenger. Facebook, Twitter and BlackBerry have built great products that have opened up a connected world of instant communication for everybody. Rather than questioning whether these services should be shut down in times of extreme social stress, isn't it better to think how politicians, community leaders and the police can use those channels to effectively communicate their own message?

And it's not all bad. Social media has shown itself to be more powerful for doing good than evil. Consider the heart-warming examples of the ad interns who raised more than £35K to help Tottenham's Aaron Biber, or the campaign to help student Ashraf Haziq.

Against a backdrop of historically low public trust in 'bureaucracy', the police should perhaps be encouraged by the statistic that they are trusted by over 70 per cent of people. If the general criticism is that more presence and harder responses are required, then that's an issue for politicians. 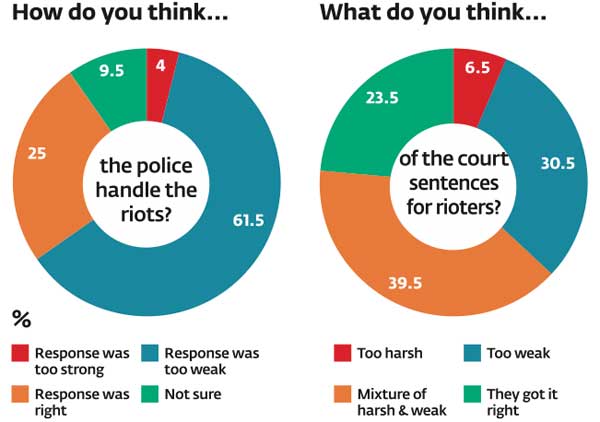 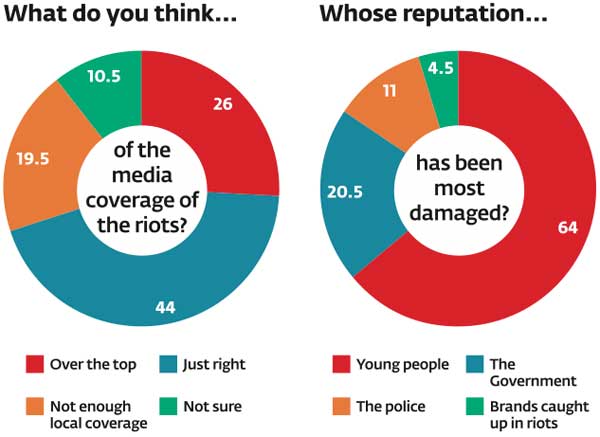