The crucial role Twitter has played in the injunction debate may see social media subject to regulation, and change the way journalists and PROs use the site.

On Tuesday Sir Tim Berners-Lee, the inventor of the web, attacked social networking site Twitter, questioning its policy of allowing extreme views to be expressed regardless of their legal status.

One footballer with an injunction launched legal action against Twitter after he was named on the site, while a judge reportedly referred a journalist to the Attorney General after he supposedly breached another injunction.

This week Twitter said it still planned to open a London office despite the row, and is in the process of recruiting a London-based comms team.

Publicist Max Clifford, whose client Imogen Thomas had an alleged affair with the footballer, said: 'It's going to be very difficult for British justice to control Twitter and its users, but with it moving to the UK the site might find that it has to obey British privacy laws.'

The Guardian reported that recent events triggered the Government to signal 'a complete recasting of social media and internet regulation'.

MPs and peers are currently debating a draft defamation bill, to address defamation and privacy on the internet.

The PCC has already announced it is reviewing the possibility of regulating journalists' Twitter feeds, and any government regulation risks limiting the way journalists and PROs use the site.

Trevor Morris, visiting professor of public relations at the University of Westminster, commented: 'Journalists and PROs must be careful about what they put on Twitter - just like they are when they check their facts before writing a story or press release.

'I can see a big Twitter libel case in the near future with someone who has blurred these barriers.'

Melanie Riley, a director and legal comms specialist at Bell Yard Communications, said legal action against those on Twitter was likely to grow, if the individuals behind tweets were identifiable.

She said: 'Any cases will be going after the more high profile and influential of the Twitterati. I think it would be difficult for journalists to argue that Twitter is a special context. If you're a journalist you're always a journalist, even out of office hours.'

What would it mean for the PR industry if the courts were to regulate Twitter more strongly? 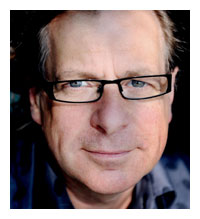 Twitter has found the way for the truth to come out.

What Twitter will now have to acknowledge is that unless there are changes to UK law, rich people with deep pockets and thick skins will attempt to sue it.

It was laughable that the Twitter offices in the US were targeted by some super-injunction holders - but now the company is moving here this could all change.

Twitter is changing comms, and more money needs to be put into PR to be able to deal with it. Traditional PR skills alone are no longer going to cut it in this fast-paced social media world.

Good PR crisis management is needed when social media outbursts occur - whether you're representing an individual, a company or a personality.

When the rumours start circulating, it's a very nasty place to be. 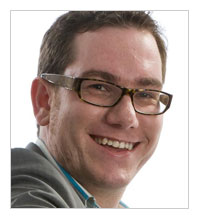 The courts are totally out of touch with social media. I'd be surprised if many judges are users or could describe what a retweet is, so it will be interesting to see if they can legislate against a service they clearly don't understand.

Even if Twitter lost its freedom of speech it wouldn't achieve anything. People would just move to another social media platform to spread the same gossip and rumours. Twitter is clearly the real winner in the latest super-injunction case - with a huge weekend peak in traffic. The threat of the service being gagged showed that social media can beat the News of the World for celebrity gossip these days.

Twitter will remain a tool for journalists and PROs as it is a fantastic echo chamber of public opinion. It will continue to have a use, even if the community has to be careful when discussing certain topics.