Weber Shandwick is launching a dedicated multimedia production division in an attempt to stop millions of pounds from slipping through the agency's fingers to third parties.

The agency believes that the new 'end-to-end idea management' division could be the future of PR. Agency bosses agree it is the right direction to move in as PR agencies are increasingly pitching content-led campaign ideas such as apps and broadcast content to clients.

Weber Shandwick says the new model will enable the agency to not only own the production of the content, but also own the content itself, leading to the potential for a revolutionised client/agency relationship.

UK & EMEA CEO Colin Byrne said: 'PR is increasingly getting into content and ideas, more than its traditional media and publicity remit. There's an opportunity to take a bigger seat at the marketing table. But at a time when agencies are coming up with ideas beyond traditional media, we still outsource most of the work. In any given year, we would outsource a couple of million pounds of work to third parties, because we are getting more into these big creative ideas.'

The new division, called Creation, is manned by 12 in-house people - a mix of newly appointed Weber Shandwick employees and experts from white label external companies with whom Shandwick has entered into joint ventures.

Part of the division's work will be to act as an 'incubator' to develop high-concept revenue-generating events. Such concepts - including one the agency has developed around football - can then be offered to one or a number of clients for sponsorship. This approach would mean that the revenues would come directly to Weber Shandwick as the project's sole owner.

Weber Shandwick chief innovation officer Ben Padfield has overseen the development of the offering, which began at the beginning of this year. He said: 'Our future as a business resides in end-to-end idea management - from ideation, to production, to activation, to measurement.'

HOW WILL IT WORK?

Will it work? Two rival agency bosses voice their opinions 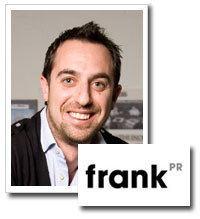 I think this is a really strong idea, no doubt off the back of the fact that more and more clients are demanding great ideas, without being overly concerned where those ideas come from.

It is something we've been doing for a long time - although we don't have a whole division dedicated to it. We came up with the idea for Celebrity Mum of the Year, which has been a huge success.

This off-the-shelf approach makes it easy for clients to 'buy' concepts without the need for managing and dividing up budgets between multiple agencies. Importantly, it also signifies a move away from selling time towards selling value.

That value is creating IP conjured up by the creativity of the agency with their ideas and the results that are forthcoming, as opposed to charging for the time it takes to do a job. 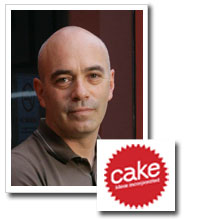 This is not a new idea - look at gurgle.com, which was launched as a joint venture between Mothercare and Fleming Media.

I applaud the idea to try to change the PR model, but I don't think this will work. It's going to be hard to come up with the ideas, fully fund them, and then pitch them to try to get clients to put their names to them.

Are clients really going to put their name behind something that isn't tried and tested?

And once a client is involved, what happens to that idea - will the original concept change?

If this does work, it would be an absolute dream. The roles would be reversed and we could keep clients waiting outside to pitch and then keep them waiting for weeks before we tell them if they've won or not. Funnily enough, I don't see this happening.